While at Burke, Robyn had the experience of being coeditor of the Burke Beat her senior year, which motivated her to attend UNL to major in Journalism. However, after several summers of working at the Great Plains Girl Scouts summer camp, she changed her major to Recreation Administration & Outdoor Education which would influence both her paid and volunteer careers  in Omaha.

In 1979 she started with Camp Fire Girls and Boys as a staff member coordinating fundraising, public relations, and volunteer management. She eventually became the Outdoor Programming director and for seven years planned and administered outdoor programming for youth. One of the highlights of those years was starting the first oncology camp for children with cancer in Nebraska – Camp CoHoLo – and for 10 years served as their Camp Director and Board President. Other non-profit jobs included Voice for Children and Anti-Defamation League.

In 1991, Robyn took a break to stay home with her three young children and stayed busy with many volunteer experiences and leadership positions often involving fundraising and event planning.

Robyn and her husband were proud to send their three daughters to OPS schools where they received wonderful educations that prepared them for the real world. These days Robyn enjoys spending a great deal of her time with their four grandchildren.

Robyn loves being a community volunteer in Omaha, as it has enriched her life and was a wonderful continuing education. In her spare time, Robyn enjoy graphics design and creating custom invitations for family and friends! 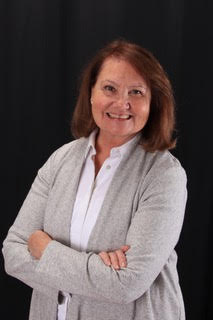